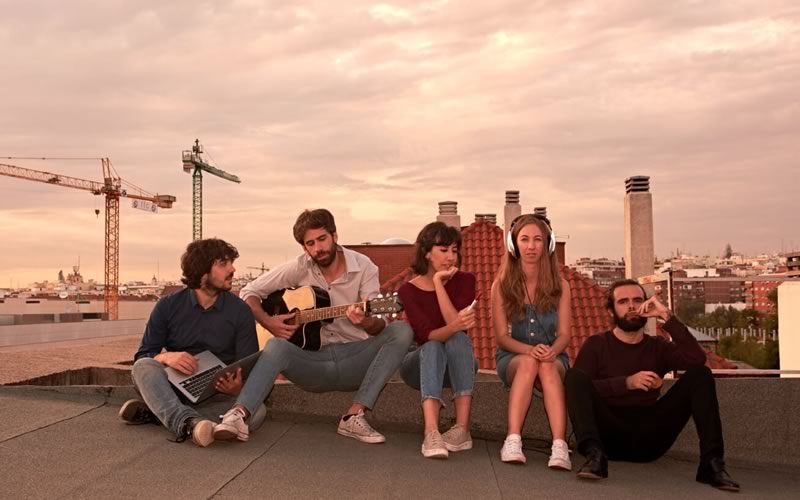 In the presence of the author.

El silencio de las murciélagas (The silence of the female bats) arose out of conversations between the French author Anaïs Allais and Bissane, a young Syrian artist from Damascus who fled from repression after the Arab Spring. The writers tells of the coming-together of two worlds, east and west, through Maya and Nur, two characters who meet, two searches for identity in opposition to the cruelty of the world. The city is seen as a hostile place in which violence is institutionalised, but also as a shelter where people create homes, small islands on which to live and care for each other. Nur and Maya both belong to a generation searching for its identity. Who is Maya if she is neither a daughter, girlfriend or mother and if she has no work? What can Nur do from Europe? What do activists do once they have been forced to leave their country? As the story unfolds, feminism becomes the prism through which we see and understand these two women and their stories.

El silencio de las murciélagas is the second text by Anaïs Allais and has been published by Actes Sud-Papiers, with a preface by Wadji Mouawad. The director and performer Rachel Mastin received her training at La Sorbonne (Paris), the William Layton Laboratory (Madrid) and the Teatro de la Abadía (Madrid). The first performance of El silencio de las murciélagas by Teatro A7 forms part of the TIFE 2020 arts festival at the Institut Français in Spain.