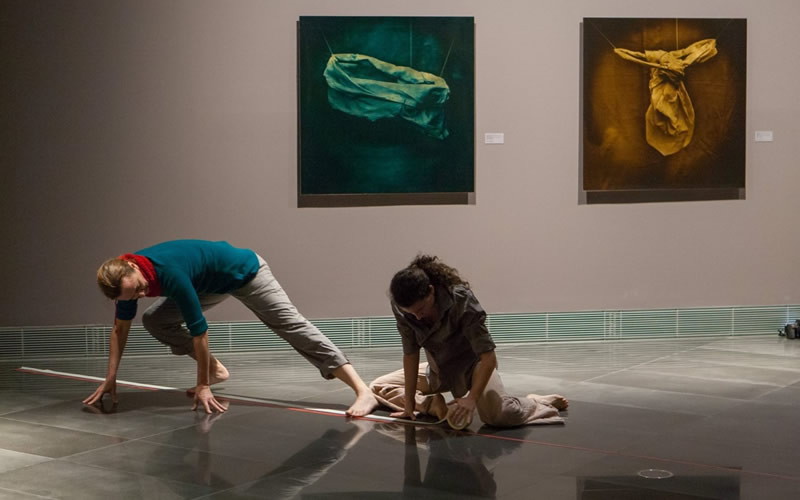 The body as an instrument for creation and composition, linking up with music, or not, to give shape… We work with video creation, sound spaces, installations, etc., inhabiting a space generated and created from the (information-inspiration) that attracts us in each exhibition space (where we may find the seed of a specific work, in the spaces as a whole, in the way in which they are displayed, in the message that unites them, in the aesthetics they share… in a gesture, a line, a colour, a texture).

Two women. Two generations. Two ways of creating a discourse. Narváez and Runde started working together in 2012 and since then have generated projects such as Bocetos Efímeros, devising choreographic works, staged events, video creations, and giving workshops, among many other things. Mónica Runde is the artistic director of 10 &10 Danza, which celebrated its 30th anniversary in 2019. In 2000 she received the Spanish National Award for Dance, in 2004 the National Award for Dance of Costa Rica.  Inés Narváez Arróspide started making her own creations in 2014. She has been assistant director in several projects, working on the choreography, staging and composition of the performing space. For years she collaborated as performer in productions by various stage directors and choreographers.