CARLA and THE SEY SISTERS 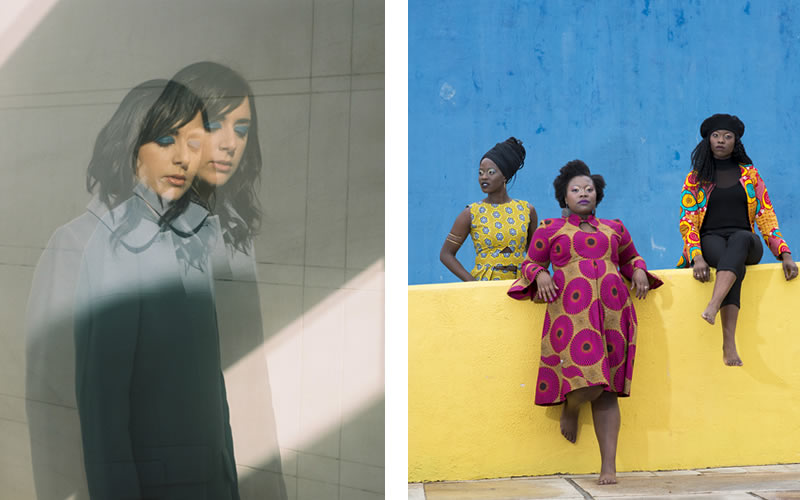 Yet again, Ellas Crean welcomes two of the most interesting proposals recently made by MIM (Women in the Music Industry). Carla is an alluring craftworker on the electronic scene in Spain, and The Sey Sisters are genuine conveyors of a discourse that invites us to join them as they map out Afro-American music. Their itinerary starts and finishes with gospel and popular music from the African continent, stopping off occasionally for some soul.

Three years after she surprised audiences and music reviewers with her promising discographic debut “Night Thoughts”, Carla reappeared in 2019 with a new album entitled “Kill a feeling”. The songs, produced by Álex Ferrer, revealed a very luminous inspiration, more oriented towards pop than the contents of “Night Thoughts”.

While she was preparing this album, Carla still found time to collaborate with David Grellier aka College, a French producer and DJ who is well-known for his work for the Canadian duo Electric Youth. She also featured with “Night Thoughts” for one week on the “Siglo XXI” radio programme with Tomás Fernando Flores, and performed live at the Primavera Club and on other stages in Spain, Portugal and Denmark. This concert is to be her first in Madrid.

The Sey Sisters started out prompted by the need to give visibility to a sector of society that is rarely included in musical programming: Afro-descendants living in Spain. A concert by these three Ghanaian-born sisters is guaranteed to be a heart-warming experience, whether they sing a capella or are accompanied by multi-instrumentalist Albert Bartolomé. Their songs are impregnated with the sort of emotion that is sparked by messages against injustice, in defence of human rights and expressing real hope for the future.