ELLAS CREAN is a festival that started out to help celebrate International Women’s Day on 8 March, organised by the Instituto de la Mujer y para la Igualdad de Oportunidades. Its purpose continues to be to increase visibility for the work of artists and artistic creators, an area in which it was, and still is, necessary to redress the persistent inequality. This year’s edition involves participation by the Ministerio de Cultura y Deporte and is sponsored by the Comunidad de Madrid, with collaboration from the Ayuntamiento de Madrid and other institutions.

This year, for the first time, Ellas Crean is presenting work that has been expressly conceived for the festival, a concert of contemporary music devised by Teresa Catalán (winner of the Spanish National Award for Musical Composition) with collaboration from the Asociación Mujeres en la Música (AMM). It aims to showcase the huge creativity of our women composers, who tend to be omitted from concert hall programmes. Five works for percussion performed by women will receive their first performances, in a concert including poetic interventions also created specifically for this event. Five female sculptured figures in the Spanish National Archaeological Museum serve as inspiration for Damas y Diosas en el Museo, an innovative and visually powerful concert.

Ellas Crean completes the musical part of the festival with an eclectic programme addressing a wide and varied audience. Folk music, blues, jazz and other musical styles in performances by artists from Spain and elsewhere will be featured during Ellas Crean, thanks to collaboration from the Asociación de Mujeres en la Industria de la Música (MIM) and the Sala Clamores.

Also featured will be the result of the teaching project for women led by María Pagés at the Centro Coreográfico de Fuenlabrada.

The work El silencio de las murciélagas (The silence of female bats) by Anaïs Allais will see its first performance under the direction of Rachel Mastin, in the Institut Français, a regular collaborator in this festival. Completing the theatrical part of Ellas Crean is the programme offered by the Teatros Luchana under the title Mujeres en Escena. It covers nine productions, some for children.

Poetry, always present in Ellas Crean, finds a place in the special recital to be given by two great poets of the same generation: Rosana Acquaroni and Cecilia Quílez.

As on previous occasions, the festival provides a venue for debates with women’s associations to discuss achievements and call attention to the scandalous lack of women in the arts. This year they will focus on the stage and music, with participation by the main women’s associations in these areas.

The festival also includes activities by the AMCE Association marking the 100th anniversary of the Biblioteca Musical Víctor Espinós, and the Fundación Juan de Borbón focusing on the composer María de Pablos as well as the special programmes organised by the national museums to celebrate 8 March.

This is Ellas Crean 2020, a festival showcasing the culture produced by women. A festival calling for equality, an ongoing challenge. 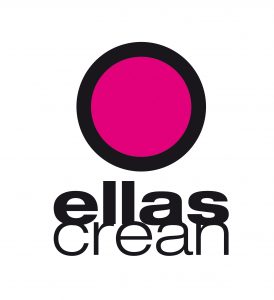